The Dogfather: When Life Revolves Around Four Paws 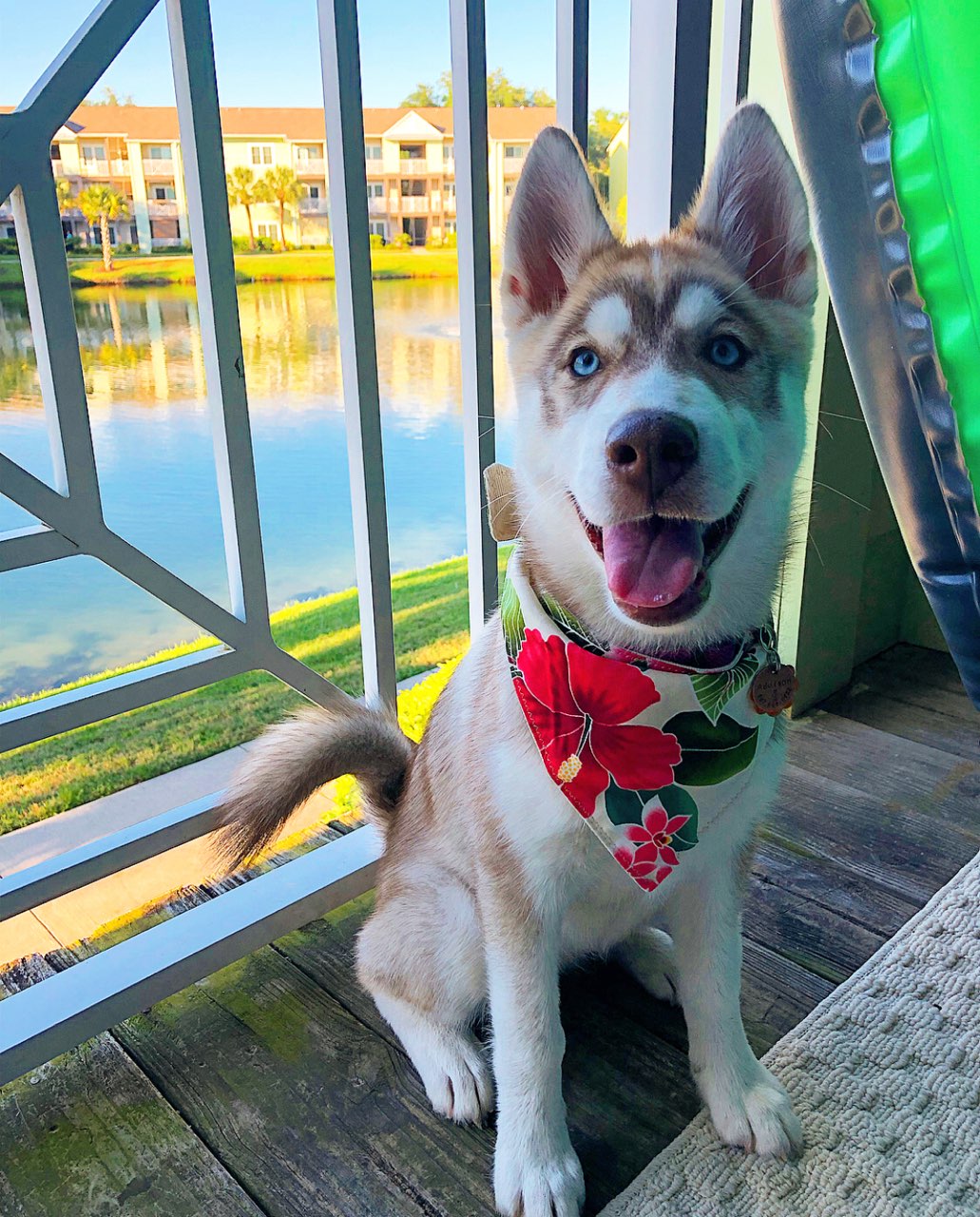 I’ll never forget February 2nd, 2019. I had just finished a round of golf with some of my closest friends when my girlfriend sent me a picture of the cutest husky puppy of all time. She had been asking for a dog for a few months at that point. I kept telling her to wait until we had our own place with a big backyard so our dog could run around freely. Little did I know this tiny little husky would take root in my brain over the next few hours, and by the end of the night, she would have a new home.

That was the day I became a dog dad, and little old Jenna became Addison Perini. My little girl was barely two months old when we got her, and she weighed about eight pounds. I thought she was the cutest thing, but I also thought there was no way she would get any cuter as she got older. Boy was I wrong! She is now five and a half months old and pushing thirty-five pounds, but she is the most beautiful dog I have ever seen. Growing up all of my friends had dogs, but I never did. I always liked them but wasn’t one of those people who went out of their way to go pet them either. Now that I own a dog though I completely understand why people are like that, and I understood within just a few days of having Addison.

Don’t tell my girlfriend this, but my favorite part of the day is when I get home from work and Addison comes sprinting out of our room. She is always super excited to see me, and she is the best listener. Our routine within the first two minutes of me getting home is the exact same every single day. I ask her to sit, then she gives me her left paw followed by the right paw. Next, I tell her up, and she jumps up onto her hind legs and places her front paws on my waist to stretch. After that, I bend down for kisses before she rolls over and gets all the belly rubs. I could be having the absolute gloomiest day, and after this, I am instantly back in a more cheerful mood. It legitimately melts my heart every time, and I was 1000% positive that I would never have these feelings over a dog.

Don’t get me wrong though, being a first-time dog dad can still be ruff. Addison learned her commands pretty quickly, but she is also beyond stubborn. She was potty trained rather quickly, but she nevertheless would do her dirty work in the house every now and again. Periodically it seemed as if she was doing it out of spite too! But let’s be real, even when she has done something wrong I forgive her within a few minutes. I’m a complete pushover when it comes to her. Not to mention, every time I go shopping now I end up coming home with a new toy for my dog daughter.

There have also been a few scares over the last few months, the main one being the UTI she has had for about a month now. I know that doesn’t sound like anything too crazy, but when your dog starts relieving herself every 2 minutes you kinda freak out. Especially when you’ve never owned or taken care of a dog before! This, of course, led to me realizing I would pay any amount of money to make her better. I rushed her to the emergency vet down the street and paid virtually $500 for tests and medicine. It goes without saying at the time I had no idea it was just a UTI. I would’ve been a lot less stressed and anxious if I had known that’s all it was.

In all honesty though, these last few months have been incredible. Even on her most dreadful days, Addison proves to me that she was the best decision I’ve ever made. I know I need to be careful what I wish for, but I seriously cannot wait to see how gorgeous she will be once she is all grown up. To anyone out there who is contemplating purchasing a dog, I say go for it. They can definitely be a handful every now and again. You may even end up cleaning your floor a little more often than usual. But over time they will become your best friend, and I don’t know how anyone could regret that.