New Orleans: The Experience You Didn’t Know You Needed 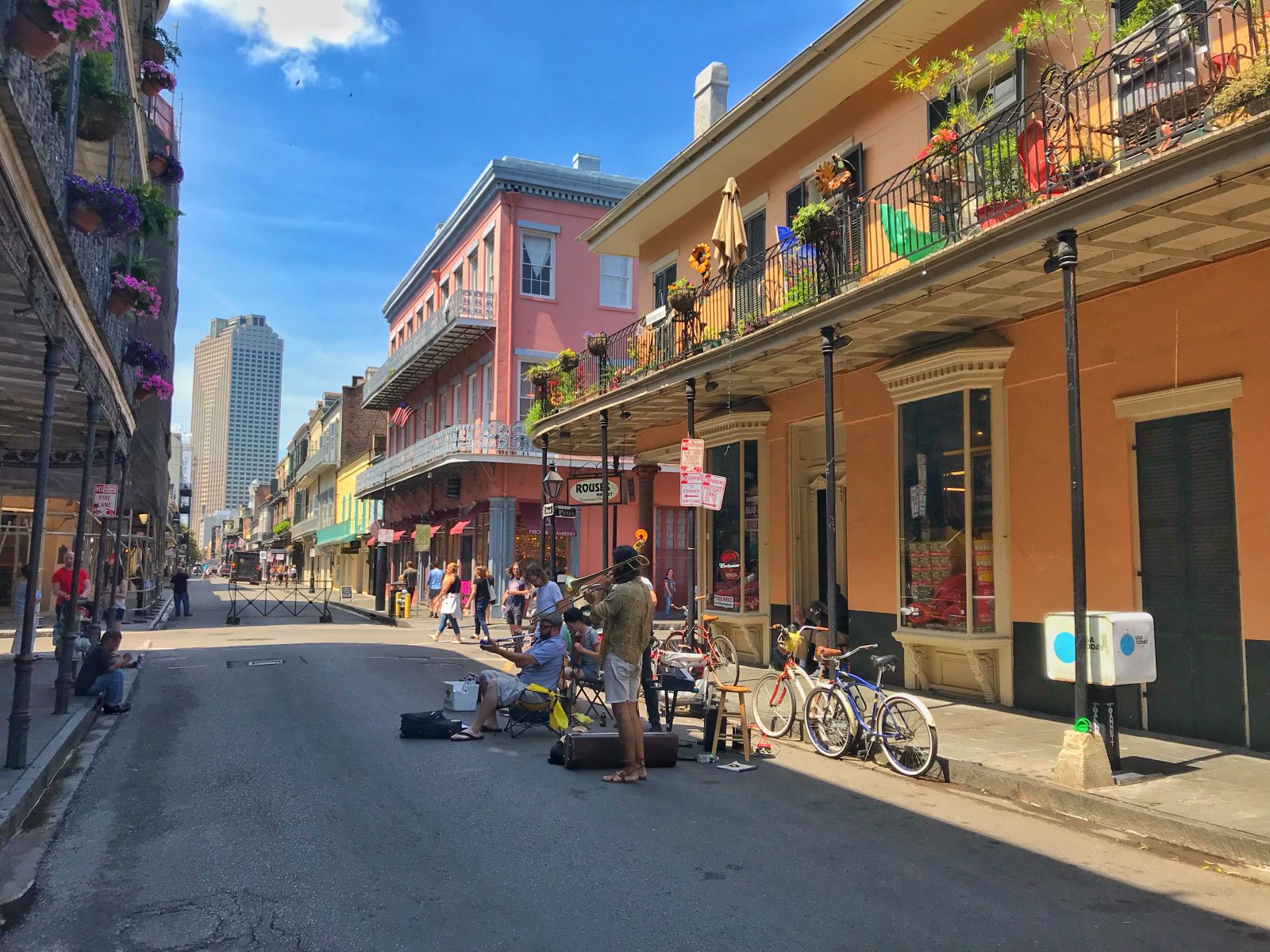 As I was crossing Decatur Street into Jackson Square, mere minutes after stuffing my face with beignets from Cafe Du Monde, I knew I was in love. Art was hanging off every square inch of fence that surrounded me, and as I admired all of the talented people in the square, I smiled to myself knowing that I had found my favorite place on this earth. If you haven’t figured it out yet I am describing New Orleans, Louisiana, or “The Big Easy” as many call it. My trip here was four days and mainly consisted of touring the French Quarter and Garden District, yet I felt as if I could’ve spent the rest of my life there. There must be something in the air because I felt at home, almost as if I was amongst my ancestors. It was a trip I didn’t know I needed, and it now is a trip you know you must go on.

Nuzzled in the center of the French Quarter is The Court of Two Sisters, which was where my day three brunch transpired. The meal here was magical, and the architecture of the building added a level of comfort that I would have never expected. Unfortunately, I did not get to eat outside in the beautiful, tree-covered courtyard, but if you can get a reservation here I highly suggest requesting to sit outside. The menu differs seasonally as well as between brunch and dinner, but either way, you better be prepared for a buffet style meal you will never forget.

As I briefly discussed earlier, the artwork in New Orleans is to die for. You can find it across the entire city, but my personal favorite was what surrounded Jackson square. Ranging from bright, multicolored abstracts to detailed landscapes and portraits, you can find just about any style of artwork here. One of my favorite pieces (by Crystal Obeidzinski) was a massive gator, painted on a broken shutter that had come from one of the houses destroyed by Hurricane Katrina in 2005. It was incredible, and to hear the way she described her process behind creating the painting was spectacular.

Next up, another item mentioned in the intro: Beignets from Cafe Du Monde. This may be one of the most popular reasons people visit the French Quarter. With a line wrapping around the building and probably four to five hundred yards down Decatur, I waited for almost 45 minutes before being seated. Now a little bit about myself, I’m not a huge fan of sugary morsels for breakfast. I’d much rather have a steak with two over easy eggs and some toast, but these beignets were absolute perfection. If I remember correctly, I ate four of these bad boys in roughly two to three minutes and was drenched in powdered sugar after, but it was 1000% worth the mess.

Another thing that you absolutely must do in Jackson Square is have your fortune told by one of the tarot card readers. The artists typically begin leaving in the late afternoon, and as dusk sets in you will find a plethora of candle-lit tables surrounded by people waiting to have their fortunes read. I was very skeptical of this at first and was not anticipating taking it one bit seriously. As the older woman is reading my girlfriend’s cards, I start to notice a change in her facial expressions. She told me after that this lady was nailing things about her that not many people knew. Sure, they were somewhat vague in certain instances, but I was more than intrigued. So, I sat down a few minutes later and was stunned at how accurate everything she said was (plus she told me that I would stumble into a lot of money soon, who can complain about that!). Even though the whole charade is a teeny tiny bit cheesy, it will still be one of the more fun things you do in NOLA.

Last but not least, po boys. You’d be doing yourself the greatest disservice of all time if you went to New Orleans and did not have an authentic po boy from one of the hundreds of places that sell them. You can find them with fried gator or with roast beef smothered in gravy. Do you like veal? What about oysters? Well, they have both of those options too. You can even have your po boy made with deep fried southern catfish if you so choose. Now I know I said there was no particular order to this list, but the po boys from New Orleans definitely sit atop my NOLA Throne.

I know I’ve said a lot about New Orleans over these last few paragraphs, but if there’s one thing I want you to take away from this guide it is this; you will never find a place with as much flavor, whether it be in the food, its culture, or in its jazz, and that is the true reason why you should visit.