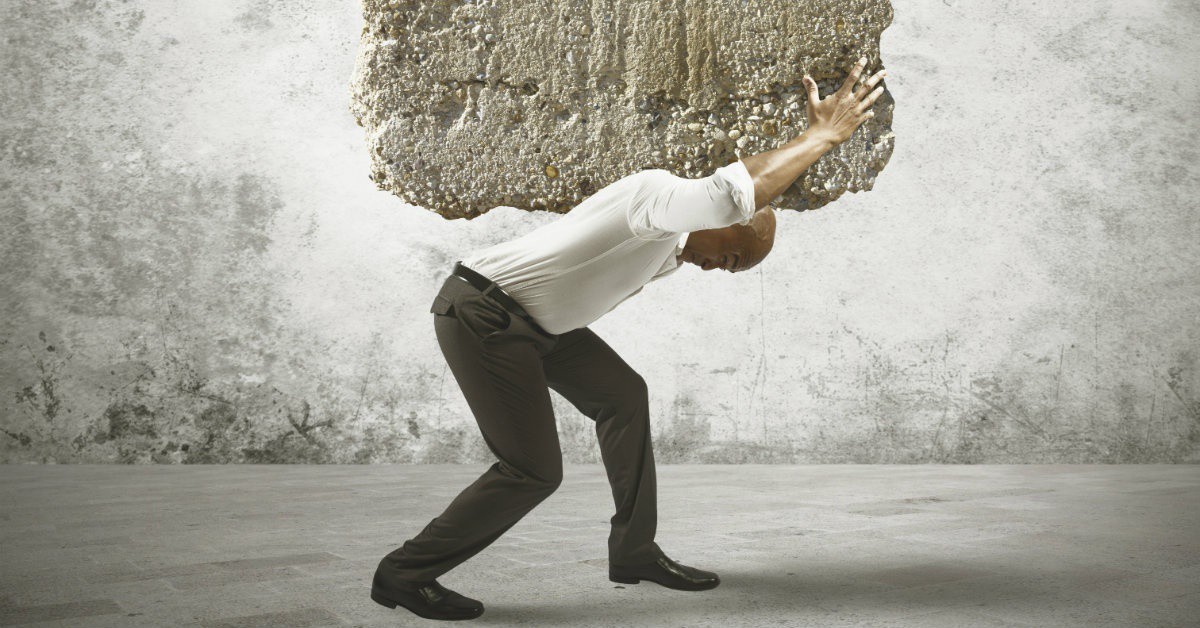 I recently wrote an article about the problem with “Grind In Your 20’s, Build In Your 30’s, Chill In Your 40’s”. My argument there was for maintaining balance in your life, and that advice still stands. This article is targeted at millennials who see this quote and have no idea how to make it fit into their reality.

In modern times, a lifestyle model has been the standard of living in American society. You work your butt off to achieve that American dream and then one day you retire. Maybe in Florida.

The problem for many millennials is that this promise seems more like a pipe dream, an unattainable or fanciful hope or scheme.

What’s worse is that because of global warming, not only might we not get retirement but Florida might not even be a thing any more.

Many of us have found themselves in low-paying jobs with little room for growth or development, crushed by unbearable debt, and plagued by an in-erasable feeling of burnout.

In a recent article making its rounds on the internet, Anne Helen Petersen writes “… as millennials enter into mid-adulthood, [the] prognosis has been proven false. Financially speaking, most of us lag far behind where our parents were when they were our age. We have far less saved, far less equity, far less stability, and far, far more student debt. The “greatest generation” had the Depression and the GI Bill; boomers had the golden age of capitalism; Gen-X had deregulation and trickle-down economics. And millennials? We’ve got venture capital, but we’ve also got the 2008 financial crisis, the decline of the middle class and the rise of the 1%, and the steady decay of unions and stable, full-time employment.

First it is the regurgitation of a theme taught to us by those who lived that dream generations before us.

Secondly, for some of us it is actually still possible.

The catch is that, you don’t achieve the dream by working harder or in other words, becoming more efficient. This is a common millennial misunderstanding.

Petersen writes: “As American business became more efficient, better at turning a profit, the next generation needed to be positioned to compete. We couldn’t just show up with a diploma and expect to get and keep a job that would allow us to retire at 55. In a marked shift from the generations before, millennials needed to optimize ourselves to be the very best workers possible.”

Clearly, we’ve tried this and it hasn’t worked. Even though we’re more educated than previous generations, the average salary of a millennial today is estimated to be 20% lower than the average salary that a baby boomer had at the same age. But we’re working hard!

What then should we be doing instead? How can we “Grind in your 20s, Build in your 30s, Chill in your 40s”? For a lot of us, it comes down to these three things.

1. Get Rid of Student Loan Debt

Study after study show that millennials are being crushed by debt, much more so than previous generation. Over 1 in 3 millennials making above $75,000 say that they doubt that they will ever pay back their student loans. You will not be able to build anything while large corporations are taking all of your earnings.

To help with this, Rachel Morgan Cautero writes on The Balance, “While the outlook may seem dire for millennials, there is hope. Many millennials struggling with student loan debt are eligible for payback options based on current salary, which could help them maintain a more realistic budget until they are able to increase their earning power. Many professions also offer government student loan forgiveness after a certain number of years, regardless of the balance owed. These are great options for those struggling with student loan debt.”

This won’t solve the problem completely, nor will it guarantee that you will be out of debt by your 30s but hopefully if you can secure some payback options, you will lower your costs and increase the amount of money that you can save.

Many millennials feel an overwhelming pressure to immediately be living the dream. This is thanks in no small part to social media. The truth is that the period of time where you land your dream job directly after college, stay there for 40 years and then retire has largely passed. Our trajectory will likely be a little different. We’ll likely take on a variety of jobs, gaining skills and experiences from each one, and becoming our own brand of expert. Not every job will be the height of the story, and that’s OK. But you should do your best to make it purposeful and find out what you can gain to make your career story better.

Amy Blaschka writes, “Properly crafted, your story helps to differentiate you from your competitors, highlight your value, and to draw others to you. Knowing and being able to clearly articulate your career story — especially as you’re shifting industries — is transformative; use it wisely.”

3. Disrupt, Disrupt, Learn, and then Disrupt Some More

Petersen writes of millennials, “We didn’t try to break the system, since that’s not how we’d been raised. We tried to win it.”

Newsflash: The system is rigged — now what? That doesn’t mean we can’t win it, it means we need to be prepared to disrupt it. I’ll argue that we already are. It’s the reason why we don’t fear changing jobs after three years. It’s the reason we’re demanding better benefits. It’s the reason why we won’t settle for instability. And it is precisely why we need to keep disrupting. It is our time to run this, and we will run it how we please. By disrupting the old systems put in place for a different generation, we can demand more and better position ourselves to achieve the dream. We’re not demanding more because we’re entitled, we’re demanding more because we’re different and we won’t allow a rigged system to eat us alive.

So here’s the verdict: Yes, you can “Grind in your 20s, Build in your 30s, Chill in your 40s” but probably not in the same way as your parents. Our path is a bit more rocky, making it more difficult but not impossible.

This story is published in Educated but Broke — a publication dedicated to helping you fight student loan and consumer debt by providing real-life, practical advice.