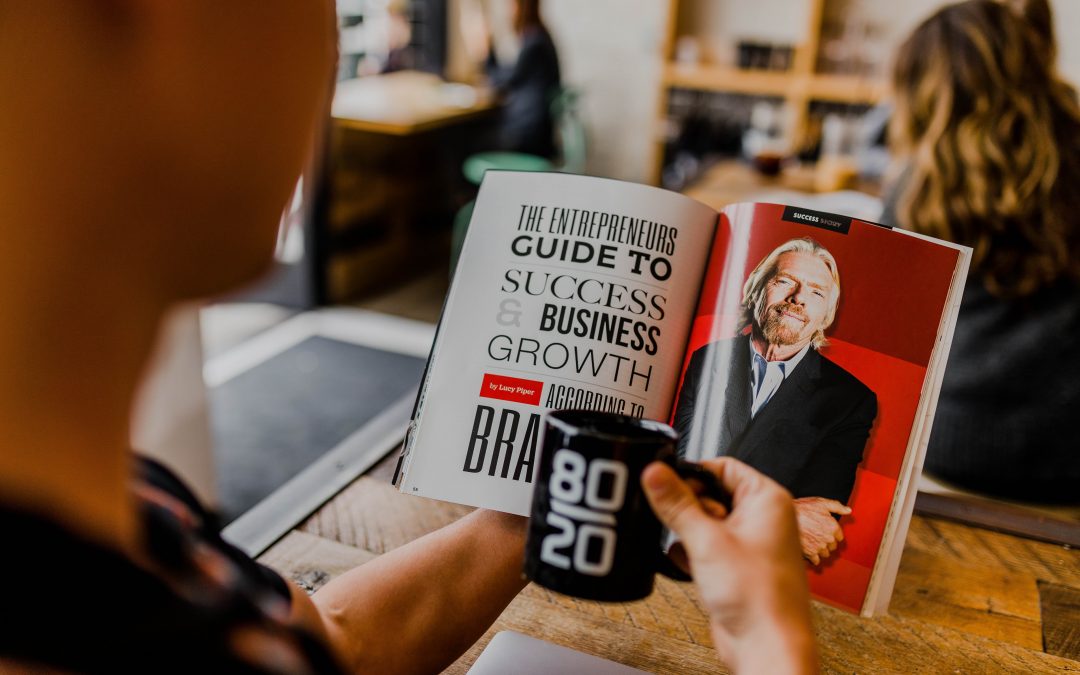 During these unprecedented times, many of us are striving to be more productive. Cultivating the habits of highly productive people can help you maximize your productivity and achieve great things in life.

The 80/20 rule also known as the Pareto principle is an important concept for time management. It was first used by the economist Vilfredo Pareto in 1906, who observed that 80% of Italy’s land was owned by 20% of the population. Today, the 80/20 rule suggests that 20% of your activities will account for 80% of your results. It can be useful for reaching goals or getting through your to-do lists. If you have a list of 10 things to do, you should focus on the most important task that’ll help you grow and add value to your life.

“Every champion was once a contender who refused to give up” –Rocky Balboa.

Some people beat themselves up and dwell on their mistakes, but failure can be a critical step on the road to success. “If you don’t fail, you don’t learn”, Richard Branson is just one example in a long list of successful entrepreneurs who have overcome failure. Do you remember Virgin Cola? Well, anyone of Branson’s failures could have derailed his entire career if he’d allowed it to but the failure of Virgin Cola didn’t stop him from building the Virgin Atlantic empire. People who learn from their mistakes, and try to prevent themselves from making the same mistake in the future perform better at work.

5 steps to learn from your mistakes

1. The first and most critical step is recognizing when you have made a mistake.
2. Determine the specific action that was a mistake
3. Evaluate your strategic plans and execution and determine what happened to prevent you from realizing your goal
4. Listen to others
5. Finally, apply what you have learned and tried a new approach

3. Utilize the Power Of Visualization

Visualization has to do with the process of creating a mental image of what you want to happen. If you want to be successful, visualize it. It was popularized by Soviet athletes in the 1970s and is widely used today by top sportspeople including Michael Phelps. An athlete can use visualization to anticipate an outcome of a race or get themselves into a relaxed feeling of calm and well-being. If you’re not an athlete, visualization can be a great aid for getting you closer to where you want to be, and help to prepare you for success.

Vacation time is an important part of a good work-life balance and can benefit both the employee and the employer. Taking a break away from the office helps us to reset and recharge the batteries. According to research, taking vacation time can make you more productive, reduce stress, and improve your health. Time away from the office can also spark creativity; the popular photo-sharing app Instagram and the musical Hamilton both stemmed from ideas whilst on holiday.

We all love technology but sometimes it’s nice to switch off. Try losing your laptop once in a while, and writing stuff down using pen and paper. You just might find your productivity improves as a result. A study in 2014 showed that writing things down on paper can boost memory power, and improve your ability to understand concepts.

Productive people can disconnect from unnecessary technology, and focus on the task at hand. The ability to stay focused can be a critical factor in getting things done. Smartphones and social media can be wonderful at times, but they’re also a major distraction. To get into focus mode. consider putting your phone in another room. A study by the University of Texas showed that people who do this while working on a task were significantly more productive than people who had their phones sitting next to them on their desks.

7.You Can’t Be Perfect

The final habit of productive people is one that is prevalent in today’s society, with the pressure of social media. To improve your well-being, stop striving for perfection and comparing yourself to others. The quest for perfection is one of the fastest routes to unhappiness. If you constantly feel like you’re not good enough, it can affect your confidence and well being. Care-less about what other people think and you’ll feel more content. So, instead of striving for perfection, simply strive to be your best.

There are so many habits out there, but if you want changes in your life then you have to be honest with yourself. I hope this post was helpful, and hopefully, you go out there and get things done.