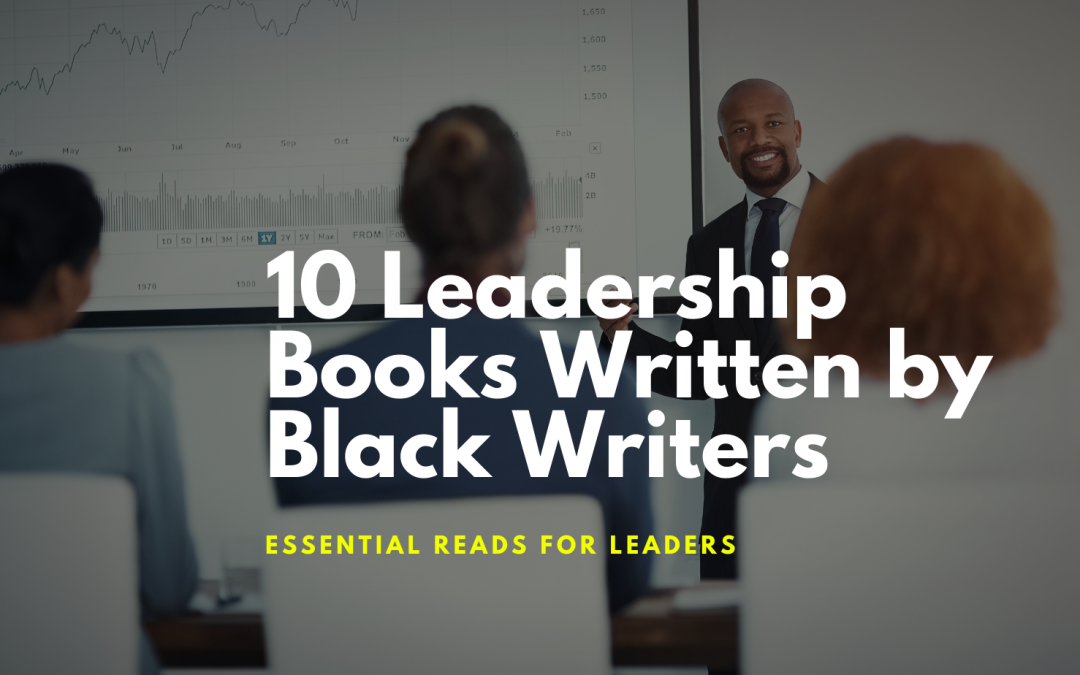 In our current world, it is essential for leaders to think about our most pressing leadership issues from a variety of perspectives. In this article, five leadership books of 2022 written by Black writers are highlighted to provide insight on how we tackle the most challenging issues of our times. The books cover topics such as thriving through the unexpected, transforming justice, self-discovery, authenticity, and empowerment, talking to your boss about race, and the tactics Black leaders have learned from traumatic and triumphant Black experiences. Through these books, readers can gain the knowledge and inspiration needed to help create positive change.
1. You’ve Been Chosen: Thriving Through the Unexpected by Cynt Marshall
A relentlessly optimistic memoir by one of the most influential Black business leaders in America today, offering hope and practical guidance for navigating life’s most difficult challenges.

Cynt Marshall has spent her entire life beating personal and professional odds, while also helping everyone she meets see how they are uniquely equipped to thrive. Through it all, this self-described “people person” never stopped reaching out, and built a reputation as an inspiring motivator and mentor in business and beyond.
Cynt grew up in a Northern California housing project with a violent father who once broke her nose, but also with a strong, devoted mother who kept her family fed and focused, reminding them “It’s not where you live, but how you live.” Heeding her mother’s advice, Cynt excelled first at school and then in her professional life, overcoming overt and subtle racism to become, at forty, one of the first Black, female officers at AT&T, while also navigating both grief and joy as she started a family of her own.
All of that life experience prepared Cynt for the day when, at fifty-one, she was diagnosed with Stage 3 colon cancer, just one lymph node from Stage 4. Overnight, her life changed, but her commitment to serve others did not. You’ve Been Chosen offers what Cynt calls “the good, the great, the bad, and the ugly” of her journey through both cancer and everything that led up to it. Along the way, she tackles the tough questions we all face: What will I do with what I have been given? How will I respond to this challenge with both grace and grit? Where will this new path take me if I keep moving? And how can I offer something good back to the world as a result? Cynt Marshall’s deep faith and positivity will inspire you and encourage you. She shows you how to find your own “voice of power” and encourages you to remember–and believe–that you, too, have been equipped to walk your unique path with purpose. That you, too, have been chosen.
2. The Power of Dignity: How Transforming Justice Can Heal Our Communities by Judge Victoria Pratt
A renowned judge wonders: What would criminal justice look like if we put respect at the center?
The Black and Latina daughter of a working-class family, Victoria Pratt learned to treat everyone with dignity, no matter their background. When she became Newark Municipal Court’s chief judge, she knew well the inequities that poor, mentally ill, Black, and brown people faced in the criminal justice system. Pratt’s reforms transformed her courtroom into a place for problem-solving and a resource for healing. She assigned essays to defendants so that the court could understand their hardships and kept people out of jail through alternative sentencing and nonprofit partnerships. She became the judge of second chances, because she knew too few get a first one.
With a foreword from Senator Cory Booker, The Power of Dignity shows how we can transform courtrooms, neighborhoods, and our nation to support the vulnerable and heal community rifts. That’s the power of dignity.
3. Does My Voice Matter?: A Journey of Self-Discovery, Authenticity, and Empowerment by Cynthia James
We live in a critical and oftentimes violent world. People are afraid to talk about what they feel, think, or believe. They withhold energy for fear of being ridiculed, punished, or excluded. They hide their deepest dreams and desires away and cover them up with doubt, insecurity, old experiences, and fears. Cynthia James know this–because that was her experience.
4. How to Talk to Your Boss about Race: Speaking Up Without Getting Shut Down by Y-Vonne Hutchinson
An indispensable practical toolkit for dismantling racism in the workplace without fear.
Reporting and personal testimonials have exposed racism in every institution in this country. But knowing that racism exists isn’t nearly enough. Social media posts about #BlackLivesMatter are nice, but how do you push leadership towards real anti-racist action?

In this clear and accessible guide, Hutchinson equips employees with a framework to think about race at work, prepares them to have frank and effective conversations with more powerful leaders, helps them center marginalized perspectives, and explains how to leverage power dynamics to get results while navigating backlash and gaslighting. How to Talk To Your Boss About Race is a crucial handbook to moving beyond fear to push for change. No matter how much formal power you have, you can create antiracist change at work.

5. Black Magic: The Tactics Black Leaders Learned from Traumatic and Triumphant Black Experiences by Chad Sanders
A powerful exploration of Black achievement in a white world based on honest, provocative, and moving interviews with Black leaders, scientists, artists, activists, and champions.
“I remember the day I realized I couldn’t play a white guy as well as a white guy. It felt like a death sentence for my career.”

When Chad Sanders landed his first job in lily-white Silicon Valley, he quickly realized that to be successful at work meant playing a certain social game. Each meeting was drenched in white slang and the privileged talk of international travel or a folk concert in San Francisco, which led Chad to realize that he could only be successful if he emulated whiteness. So Chad changed. He changed his wardrobe, his behavior, his speech—everything that connected him with his Black identity. And while he finally felt included, he felt awful.

Carrying the unbearable weight of his imposter syndrome—the constant burden of not being true to himself—left Chad exhausted and ashamed. Instead, he decided to give up the charade. He reverted back to methods he learned at the dinner table, or at the Black Baptist church where he’d been raised, or the concrete basketball courts. And it paid off. Chad began to land more exciting projects and eventually got promoted. He earned the respect of his colleagues and clients. Accounting for this turnaround, Chad believes, was something he calls Black Magic, namely: resilience, creativity, and perseverance, forged in his experience navigating America as a Black man. Black Magic has emboldened his every step since. Leading him to wonder: was he alone in this discovery? Were there others who felt the same?

In Black Magic, Chad tells his own incredible story while also interviewing other Black leaders, scientists, artists, business people, parents, innovators, and champions, to get their take on Black magic. This revelatory book uncovers Black experiences in predominantly white environments while demonstrating the importance of staying true to yourself.